The police Museum in Tampere, Finland 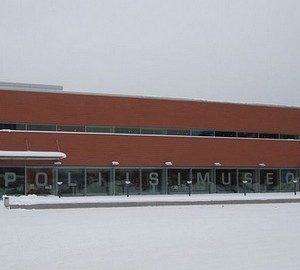 To date, the police Museum, which is located at the Higher police school in Tampere, not only devoted to the history, and current state of Affairs concerning the Finnish police. This Museum is one of the newest buildings in Finland.

The police Museum in Finland was opened in 2008 and immediately received the status of national Museum. Beginning in 2011, the Museum received the title of “European museums of the year”, which undoubtedly enhanced the reputation of the museums of this country, including and under consideration of the Museum. Part of the exhibits present in the Museum today, was donated by ordinary citizens. As a result, the exposition of the Museum of the police has increased steadily and has grown to enormous proportions.

Here you can see about one thousand feature films and documentaries, 60 thousand photos, and also 66 thousand items that are associated with the work of the Finnish police. The Museum does not only exhibition activities, but also research work which aims at the constant improvement of police work. The Museum always features a Children’s police station, where the younger generation can learn a lot for myself, and to be “behind bars”, or to feel like a real guard. It’s a good life lesson to be learned all of that in the future not to commit any crimes.