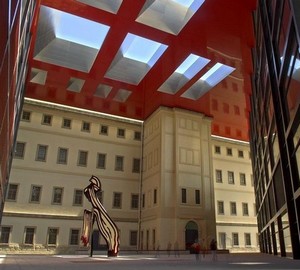 “The Reina Sofia” – a magnificent Museum, which is located in Madrid and is part of the so-called “Golden art triangle of Madrid”.

The Museum is named in honor of Queen Sofia, which is in our days ruled the country. The Spaniards love this Museum, and even gave him the nickname Reina (in Spanish means “Queen”) and Safido (and this name was given due to the fact that the Museum is very similar to the Pompidou Museum in France). 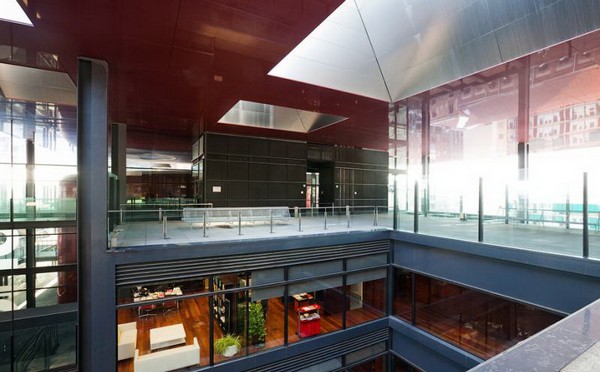 The Museum began its work in 1986. At first he worked as an exhibition center, which houses the sculptures of modern masters. But in 1988, a Royal order to the Museum “Reina Sofia” has received the status of a national Museum of Spain. In addition, the decree specified that the exposition of the Museum should be expanded and consist of works of 20th-century art, mostly Spanish masters.

The official opening of the national Museum “Reina Sofia” was held in 1992. There were so many guests, including the Queen herself with her family. The Museum has grown many times over due to its new collection and, therefore, his possession was given to the old building, which was formerly a hospital.

A new kind of Museum created by the talented French architect Jean Nouvel. The reconstruction was carried out until 2005, after which the Museum has expanded by more than half. Many tourists like and want to see the new look of the Museum that is truly magnificent. Huge window and the staircase and attract the attention, as if inviting to come in. Around the building are trees that are not cut down in the process buildings, which makes the Museum even more attractive. 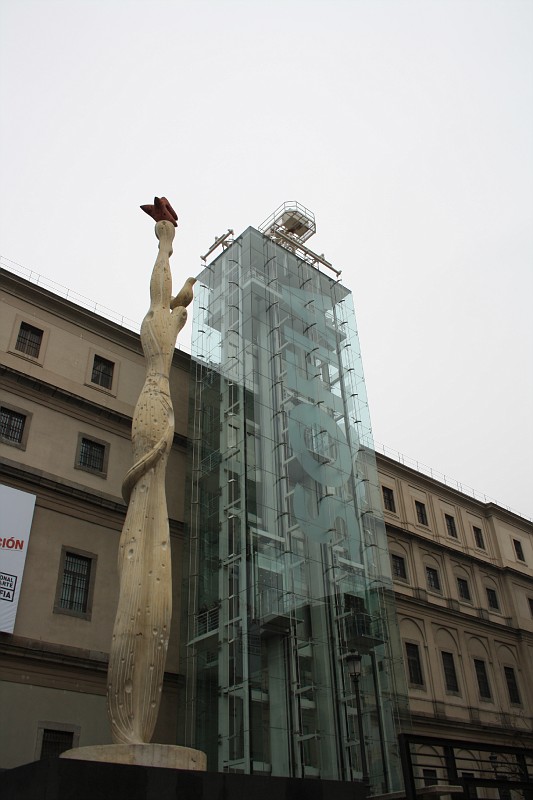 The total reconstruction of the Museum “the Reina Sofia” amounted to more than € 30 million, and this is not the end, and the buildings next to the Museum too will be subject to restructuring.

At the first survey of the Museum building immediately catches the eye is a unique lift that is mounted outside.

Several floors of the Museum “Reina Sofia” designed for temporary exhibitions, only on the 3rd floor features a permanent collection of contemporary art of Spain, the pearl of which is a painting by Pablo Picasso – “Guernica”, transferred to the Museum from different galleries of Spain. After receiving this painting “Reina Sofia” was in line with the most famous museums in the world.