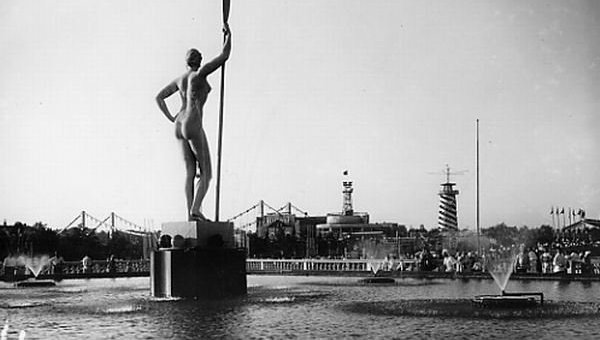 The symbol “Plaster” of socialist realism, the sculpture “Girl with an oar” has experienced hundreds of births and reincarnations. Sung by poets of the Soviet era, gracing hundreds of parks of the Soviet Union, the first sculpture was created by sculptor Ivan Shadr in 1935. The first “version” was 12 meters high and was supposed to decorate Gorky Park. Critics have treated the work with great prejudice. So, after standing in the Park less than six months, for “cold attitude to the form and content of” her sent into exile. Now she graced the Luhansk city Park.

Interesting story of the model who posed for the sculptor. Vera Voloshina was a famous athlete and a very humble girl. Hesitate to pose Nude, she insisted that during the workshop was attended by the wife of the master. We also know that Faith fought bravely during the war as a partisan and was killed while carrying out a routine combat mission in the rear.

Shadr created a second version of the sculpture. This time it was 4 meters below, her posture became looser, the criticism took a new version is neutral enough, the statue remained in the capital. 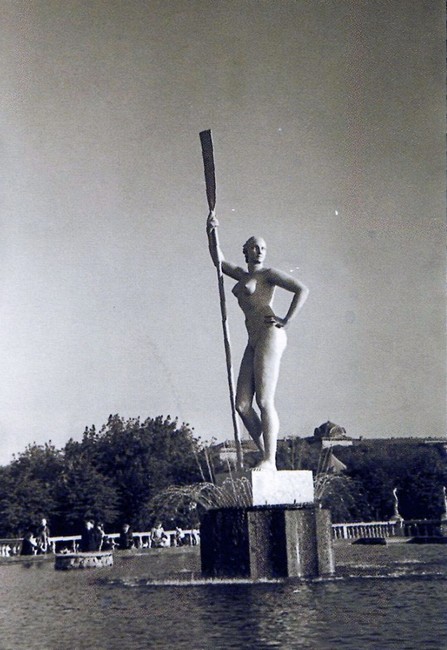 Colleague Shadr – Romuald Iodko also was inspired by the idea of creating a model of the sculpture for Park decoration. Work Iodko was less monumental and more “alive”. The girl depicted in athletic shorts and a swimming bra. Changed the girl’s pose: the model relies only on one leg, the second slightly bent at the knee, aside. Thus the author managed to make the sculpture more “sporty”.

Both authors tried to combine in their works the idea of femininity and health, active life position and softness. With undoubted talent and Shadr, and Iodko has created a very different but United by one idea, truly adorned the parks and stadiums of the Soviet Union. Perfect female figures have highlighted the exact lines of the paddle (in classical sculpture that served as the image of the spear in the hands of the gods or goddesses). In the work Shadr and does can be seen as direct adoption of statement pieces in the art of antique sculpture.

Later sculptors throughout the country received orders for copies and their version of a “sculpture of a young Sportwoman”. Most copies and versions, alas, does not stand up to scrutiny. The created images are heaviness and lack of femininity. The idea Shadr and Iodko was destroyed in new incarnations. Over time, “the girl with the paddle” becomes a symbol of bad taste and vulgarity. Exaggerated athletic figure, lack of facial expression, formal approach to the inner content of the work – all this has made replicas of works by talented sculptors in a Frank non-fiction hack.

Currently a bronze copy of the “Girls” can be seen in the Tretyakov gallery. The original, standing in Gorky Park, was completely destroyed by direct bomb hit during the great Patriotic war.

About the fate of the “Girls with a paddle”returned to the life of the city, you can read the scoring in the Google search engine the title of the article: “in Ufa “Girl with a paddle” hurt”