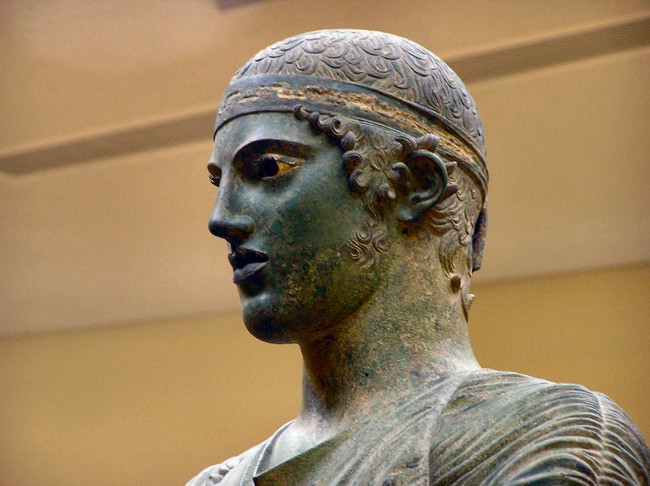 The art of Ancient Greece has become the backbone and Foundation upon which has grown the whole of European civilization. The sculpture of Ancient Greece – a special theme. No ancient sculpture would not be brilliant masterpieces of the Renaissance, and the further development of this art is difficult to imagine. In the history of ancient Greek sculpture can be divided into three major stages: archaic, classical and Hellenistic. Each has something important and special. Look at each of them.

To this period belong the sculptures created in the period from the 7th century BC until the early 5th century BC. The era gave us the figures of naked soldiers young man (a Kouros), and many female figures in clothing (bark). For the archaic sculptures typical of some sketchy, disproportionate. On the other hand, each work of the sculptor attractive for its simplicity and restrained emotion. For figures of this era’s characteristic half-smile, giving the works some mystery and depth. 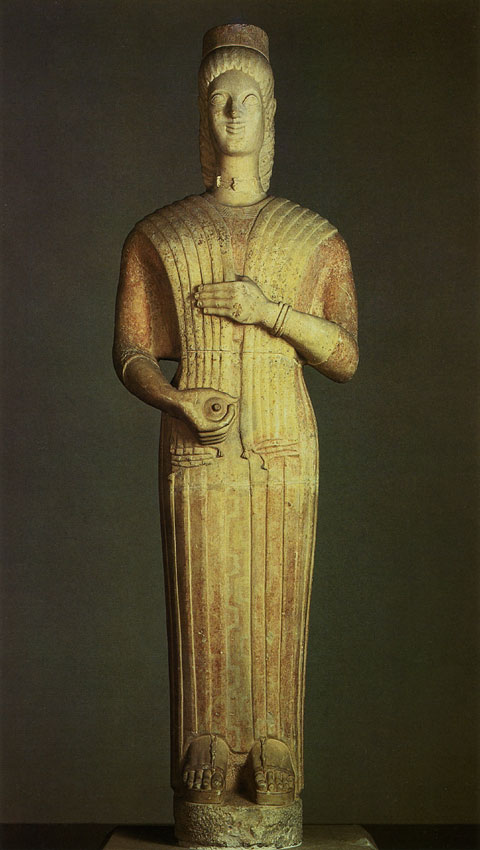 “The goddess iris”, which is stored in the Berlin state Museum, one of the best preserved archaic sculptures. When the external grubovato and “wrong” proportions, the viewer’s attention is attracted by hand sculptures made brilliantly by the author. Expressive gesture of the sculpture makes it particularly dynamic and expressive. 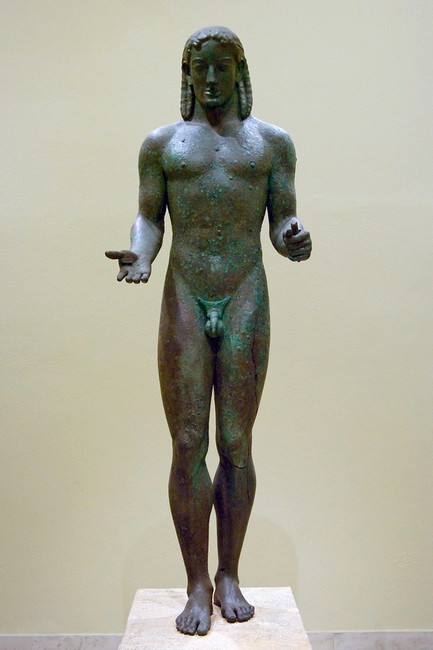 “Kouros from Piraeus” that adorns the collection of the Athens Museum, is a later and therefore more perfect work of the ancient sculptor. Before the viewer a powerful young warrior. A slight tilt of the head and hand gestures are saying about peaceful conversation, which is the hero. The broken ratio is not so evident. But facial features not so generalized as in the early sculptures of the archaic period.

Sculptures of this era most people associate with antique plastic art.

In the era of the classics were created by such famous sculptures as Athena Parthenos, Zeus Olympic, the discus thrower, Doryphoros, and many others. History has preserved for posterity the names of the outstanding sculptors of the era: Polykleitos, Phidias, Myron, Scopas, Praxiteles, and many others.

Masterpieces of classical Greece are known for their harmony, perfect proportions (which indicates good knowledge of human anatomy), as well as internal content and dynamics.

The classic period is characterized by the appearance of the first Nude female figures (the Wounded Amazon, the Aphrodite of Cnidus), which give an idea about the ideal female beauty of the bloom of antiquity.

Of late Greek antiquity is characterized by a strong Eastern influence on all art in General and sculpture in particular. There are complex views, exquisite draperies, numerous details.

In the calm and Majesty of the classics penetrates the Eastern emotionality and temperament.

Aphrodite Kirenskaya, decorating Roman Museum of the Thermae, full of sensibility, even a certain coquetry. 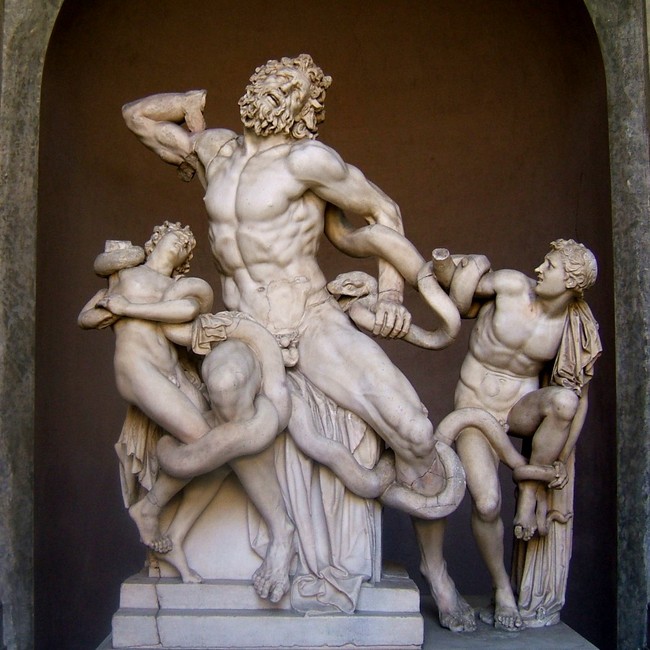 The most famous sculptural composition of the Hellenistic times – the Laocoon and his sons Agesander of Rhodes (a masterpiece is stored in one of the Vatican museums). The composition is full of drama, the story itself involves strong emotions. Desperately resisting the snakes sent by Athena, the hero and his sons seemed to understand that their fate is terrible. The sculpture is made with extraordinary accuracy. Figure plastic and real. The characters make a strong impression on the viewer.