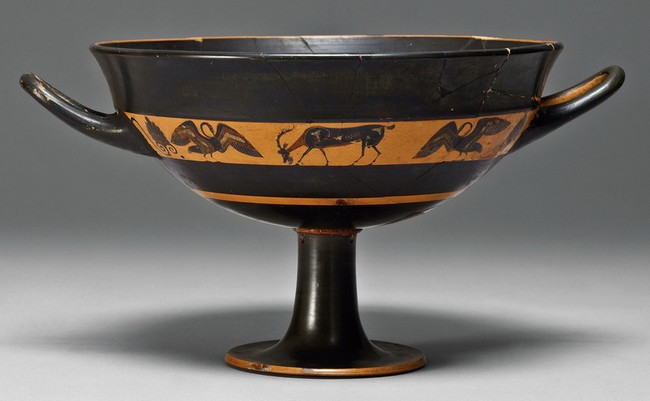 Masters of early antiquity were used for their work with a different material. Preserved sculptures from wood, limestone, terracotta, basalt, marble and bronze.

Sculpture was originally used as a sacrifice to the deity in the temples, and then increased the decorative value of sculpture and, once in Greece began to take shape the first policies that increased the educational role of plastic arts.

Sculpture of the archaic period can be divided into two fundamental components: the bark (the female figure) and Kouros (male figure).

The female figure appeared before men, which is associated with the cult of natural forces, symbols of fertility, etc, for almost all the female statues, is the view. Most often, the bark appears frontal erect, hands often lowered along the body, rarely crossed over your chest or hold sacred attributes (spear, shield, sword, Mace, fruit, etc.). On the face visible permanent half-smile.

Body proportions are accurately transferred, despite the General sketchiness and expressive images. All sculptures are definitely painted.

In its content, the bark has never painted deities. The allegorical meaning of these figures is still not completely clarified.

Most famous female sculptures are stored in the Athens Museum, there are several in the Louvre. 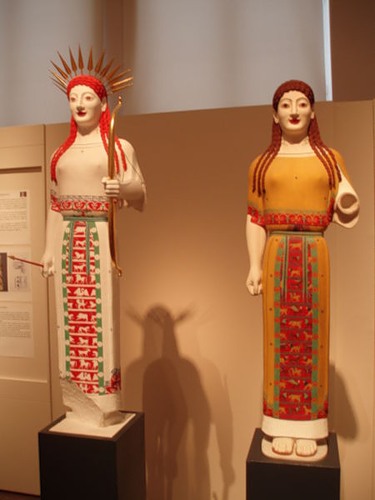 It is especially possible to allocate “the Crust in Palace”, “Chios bark”, “Bark with pomegranate”, “Bark in the red shoes” and “Dark bark”. 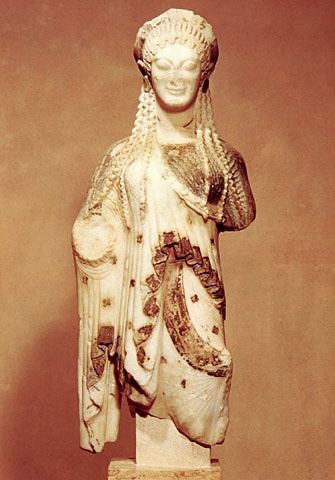 Male sculptures of the period are simple frontal poses, often left foot forward. The hands lowered along the body, hand clenched into a fist, rarely sculpture with arms outstretched, as if offering her sacrifice. Another indispensable condition for the male statues of the archaic – an exact symmetry of the body. Externally, the male sculptures have a lot in common with Egyptian statues, indicating a strong influence of Egyptian tradition and aesthetics in ancient art.

It is known that the earliest Kouros was made of wood, but no wooden sculptures have not survived. Later, the Greeks learned to process the stone, so all surviving Kouros is made of marble. 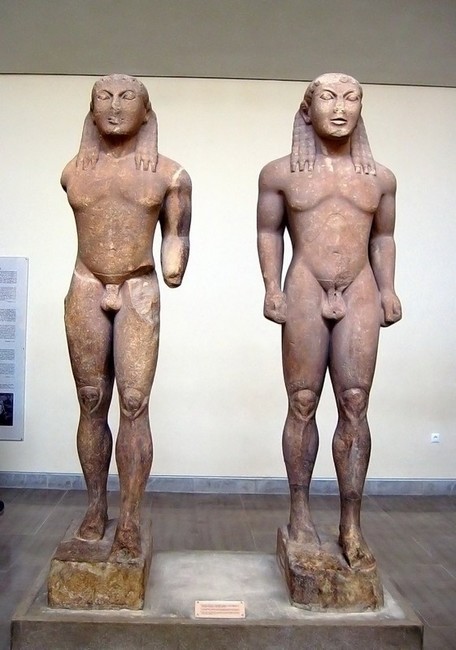 The Kouros, as well as the crust was a kind of embodiment of oaths and promises to the gods that were installed in temples and was provided with a special label containing the name of the donor and his promise. 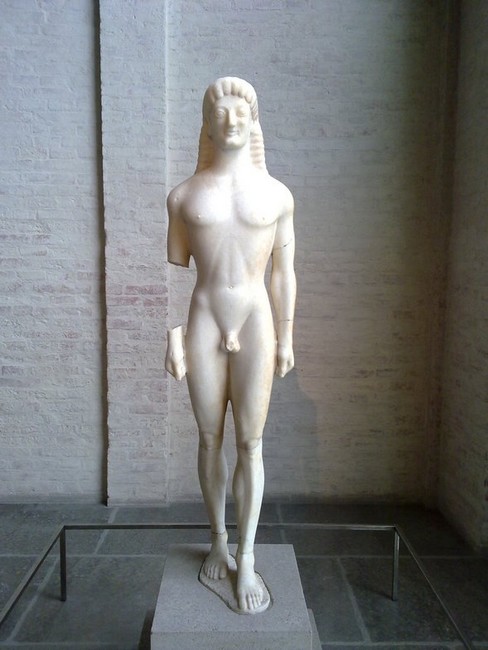 The Kouros were placed on the burial grounds of important and rich people, rulers, priests, etc. They were intended to foster Patriotic feelings in the citizens. Therefore, often a Kouros portrayed legendary heroes and famous characters of the specific policy.