The Sistine chapel in the Vatican. Description of Michelangelo’s frescoes 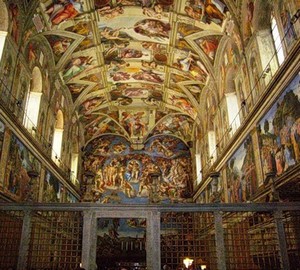 Today the Sistine chapel is the most famous chapel, which is in the Vatican. The chapel was built 1475 – 1481 years, the architect is the young master Giovanni de Dolci. This building was built during the reign of Sixty IV, that is why the choir has such a name. 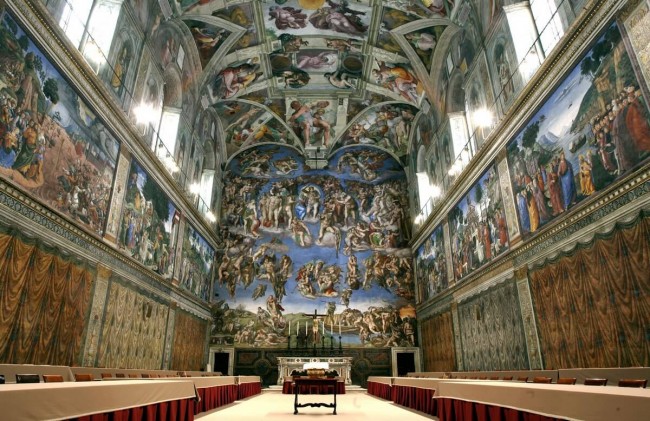 The Sistine chapel is a large rectangular hall, which has oval-shaped arch, and is divided into two parts incredibly beautiful marble wall. Architects considerable labor invested in the construction of such buildings, but the most important value and wealth of the Sistine chapel are the frescoes of Michelangelo and bends of the walls, which can rightly be called the pinnacle of Renaissance art.

Michelangelo worked on the frescoes of the chapel from 1508 to 1512. His inclination towards art nowhere is opened on images of Prophets and Sibyls. The middle part of the arch is adorned with scenes from the book of Genesis, among which the world famous fresco the Creation of Man. Between the years of 1536-1541 Michelangelo still returned to the Sistine chapel, at that time there are rules Paul the Third Farnese. New work of art of a master fresco the last judgment takes up almost the entire wall of the chapel near the altar. To create the had to abandon work on several other frescoes. In the center of the circle of Michelangelo makes the figure of Christ, who condemns the sinners of the earth. In images of the murals he raised his right hand, as if he wants to make a terrible and indisputable sentence. On the ceiling of the chapel painted almost all the pieces from the Bible. 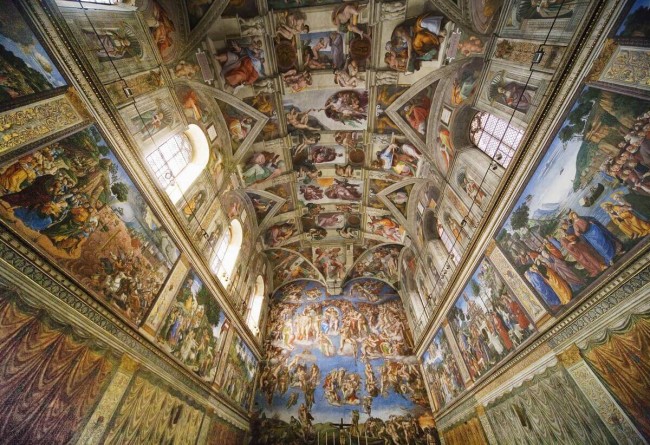 Today in the Sistine chapel going to the cardinals who want to elect a new Pope for the government. Every day the chapel is visited by hundreds of tourists, so if you suddenly appeared in the Vatican, you must visit this beautiful place.