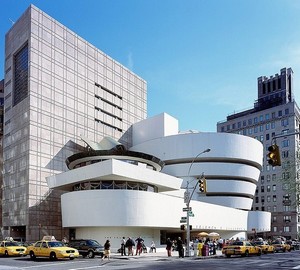 A well-worn phrase “new York is a city of contrasts!” involuntarily comes to mind at the sight of the unusual building of the Guggenheim Museum. Its history began long before 1937, when a wealthy gold-mining and industrial magnate Robert Guggenheim retired and engaged in the world of beauty – become a patron of the arts, creating a special Fund of his name. 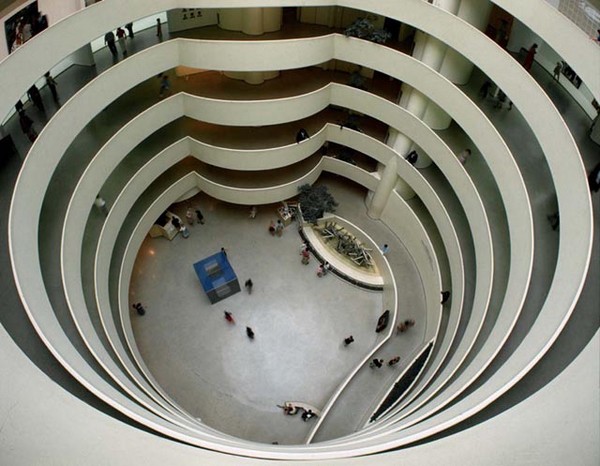 Guggenheim himself was not a great specialist in painting and sculpture, therefore, he invited the artist and art historian – known German Baroness the hill RIBA von Unreinvested for the selection of exhibits. Since 1939 the collection of the Fund was located in Manhattan. However, with the growth of the collection emerged a need for larger premises. In 1943, architect, was elected as the Frank Lloyd Wright – a legend of American architecture. The construction ended in 1959, when Frank Wright nor Solomon Guggenheim was no longer alive. In 1992, it was reconstructed and completed the additional space provided by the project and the building acquired its present appearance. 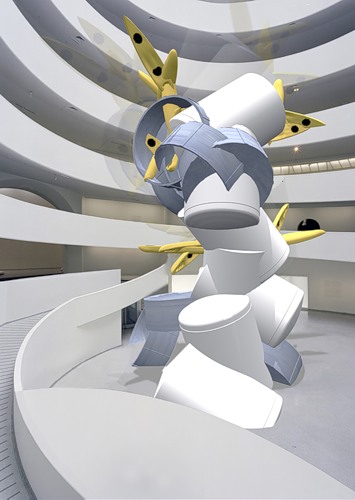 Nowadays, this futuristic building on Fifth Avenue between 88th 89th streets, in the form of an inverted tower, where spectators go up the Elevator to the top floor and the spiral, viewing the exposition, falls down, is considered one of the outstanding masterpieces of architecture of the XX century. 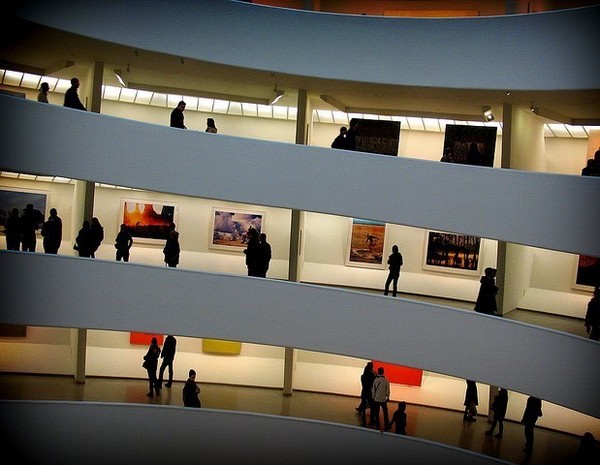 The collection of works of the Museum, the concept for which was developed by H. von Rebay, in collaboration with artists Nebel, O., V. Kandinsky and p. Bauer is currently considered the world’s largest collection of the epoch of classical modernism. Now it has more than 6,000 exhibits. Here are works by such masters as Miro, Beckmann, Rauschenberg, Mondrian, Th. Boyce, Kokoschka, Kandinsky, léger, Alexander Calder, Picasso, Franz Marc, Degas, Klee, Rothko and others. 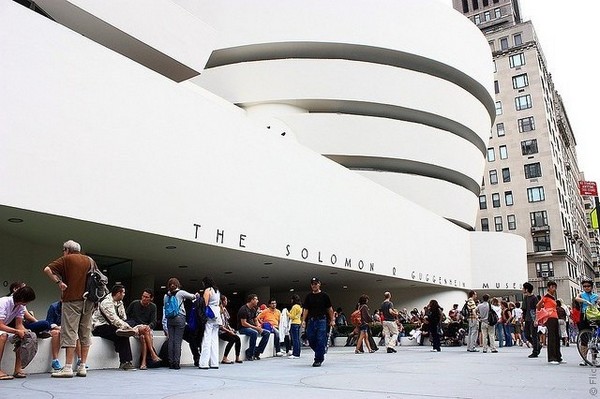 The Museum along the spiral gallery themed exhibitions, which, as a rule, become events in the art world. Such exhibitions, as opened in 1996, “Africa: art of a continent”, in 1998 – “China: five thousand years” and in 2004 “the Aztec Empire” were events of global significance.

In June 2000, the Ministry of culture of Russia together with the Fund Huttenheim signed the contract, which resulted in the creation of the Museum “Guggenheim — Hermitage Museum” in Las Vegas. The purpose of such cooperation is to exchange exhibits in order to unique collections of two great museums could become the property of both Russian and American public. Let’s hope this road is not one way….