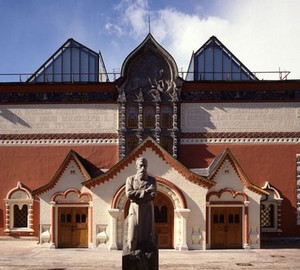 Like the intricate towers of Russian fairy tales are in the middle of the building of the Tretyakov gallery, the main facade of which is decorated in 1901-1902 by the artist V. Vasnetsov. The inscription at the entrance, made vintage lettering reads: “Moscow city art gallery named after Pavel Mikhailovich and Sergey Mikhailovich Tretyakovs. Founded by P. M. Tretyakov in 1856 and transferred in gift to Moscow together with the city draped in a collection of S. M. Tretyakov”. 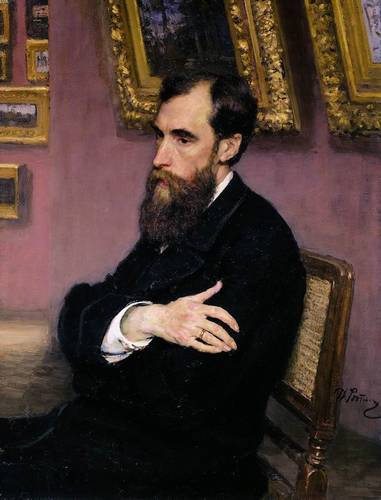 It is very difficult to believe that a great Museum of world importance began to exist thanks to the efforts of just one person: P. M. Tretyakov. 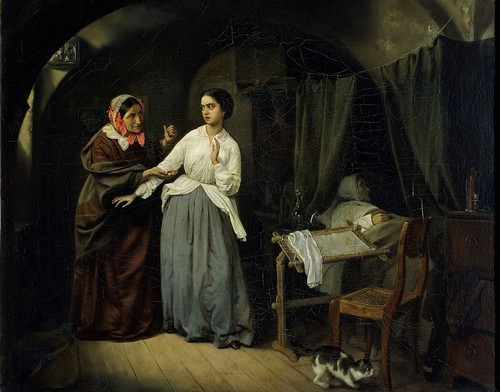 Russian genre painting began with the works of the painter P. Fedotov that pushed Tretyakov to the idea of creation of the Museum. The picture just struck him, with its diversity and, at the same time, simplicity. And here in 1856 was the first step — Pavel Mikhailovich Tretyakov bought from a well known at the time of academician of painting N. Of Schilder’s painting “Temptation“. After some time, the collection added another extraordinary painting “Skirmish with Finnish smugglers“written by V. Khudyakov. It is from these two paintings we can assume that began gathering Tretyakov. In Moscow took place the so-called exhibition of the Society of arts, from where he gradually added to the collection. 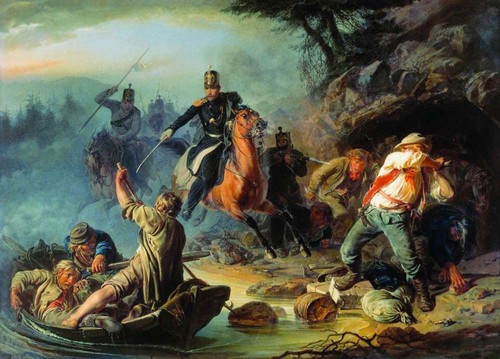 Tretyakov began to make acquaintance with artists, and could buy a picture, which hasn’t even been finished, which had just been conceived in the artist’s Studio. Tretyakov believed that Russian art has a future, and we need to give this issue a large amount of time. In a letter to Tretyakov has the following lines: “Many positively do not want to believe in good future of Russian art, say that if sometimes the artist will write our good thing somehow by accident, and that it then will increase the number of mediocrities… I agree, otherwise… were not assembled collection of Russian paintings…”.

Fate has been kind to the Tretyakov. He married the niece of S. Mamontov, who was a patron of the arts. Tretyakov was often at his guests in Abramtsevo. It was here, at the time, lived and worked many eminent Russian painters – members of the famed Abramtsevo art circle.

In 1871, Tretyakov met with Repin. This contributed to the world’s first travelling exhibition. Tretyakov wanted to convey the limitless beauty of the paintings to the masses, and was very excited about it.

Continuous purchase of paintings Tretyakov has led to the fact that his house could not accommodate all the works of the meeting. And then he decided to make a large outbuilding with frontage on Lavrushinsky pereulok (now the main building of the Museum). In 1874 the work was completed. Hanging pictures in the halls, Tretyakov announced the opening of the gallery. It was his old dream and it came true!

But Tretyakov did not stop there. In 1892 he gave his collection of paintings and hung with his brother’s collection (it consisted of paintings of European masters, which later merged with the exposition of the State Museum of fine arts named after A. S. Pushkin) to Moscow as a gift. More than 3 thousand works of painting, graphics and sculpture, he collected became the basis for the celebrated art galleries.
The Tretyakov gallery is the largest Museum of national art. 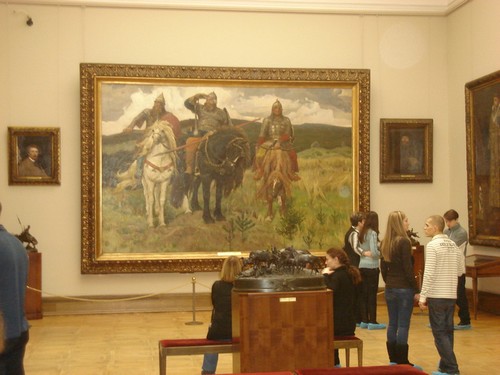 The gallery was complemented by her employees. Now there you can find the masterpieces of such famous artists as Andrei Rublev, Dionisy, Feofan the Greek, and many others. From private collections to the gallery added more than 400 works written in the 18th century. Moreover, it is still filled up by the Department of Soviet art. Currently more than 57 thousand works of national art are included in the priceless collection of the Tretyakov gallery. 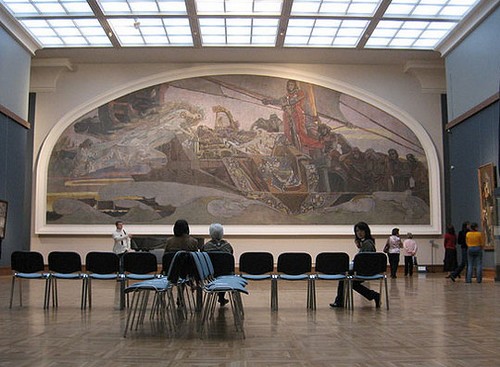 Every year in its halls are more than half a million visitors. Nearly 100 traveling exhibitions each year are sent from the Lavrushinsky lane the cities of the country. This is Lenin’s decree gave the Tretyakov gallery “the national education functions” — wide attach to the art of the masses.

Muscovites are justly proud of their famous Museum. M. Gorky wrote: “the Tretyakov gallery is just as good and much as the Art theatre, St. Basil, and all the best in Moscow.”