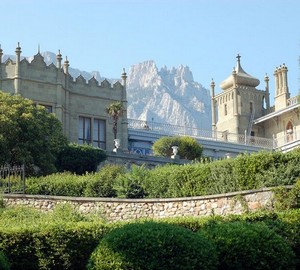 One of the most picturesque places of Ukraine, in the Crimea, is the gorgeous Vorontsov Palace-Museum, which is immersed in the greenery of unique nature. This Palace is known for its interesting and unusual forms of architecture, since the nineteenth century. Its construction involved the talented and skilled masons, carpenters, carvers and craftsmen of other professions. Many of them were civilian, and many were serfs. If you look at the Palace, it may seem that it practically grows out of the earth, so skillfully it combines natural terrain with the result of the work of many artists of the time.

The Palace, in the old days, was the summer residence of M. S. Vorontsov, who at the beginning of the nineteenth century was the Governor of Novorossiysk territory, as well as a very famous statesman in Russia. One of the most interesting facts associated with the construction of this magnificent Palace is that the main architect, who is fully engaged in its construction, never been on this site. All the calculations and the projects he carried out taking into account the received mail data on the terrain, landscapes and much more.

If You go for built Palace Museum from the mountains, you can observe the majestic countryside castle that might belong to any aristocrat who had come from distant England. This way, You can see a huge number of towers, unique carved cornices, spires and domes. There are also pipes that lead to the magnificent fireplaces, Windows and stairs. All this creates a unique architectural landscape. 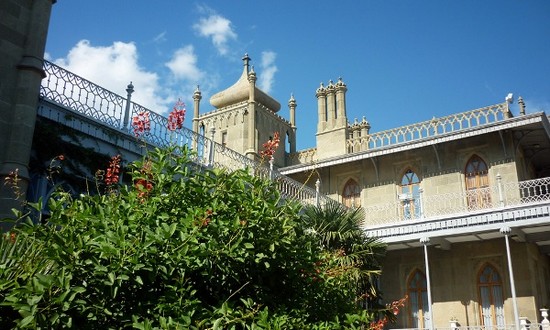 If You look at this building from the sea side, you will see a Palace of Oriental style. The majestic staircase, which leads directly to the front door, decorated with stone lions, which makes the Vorontsov Palace even more magnificent and unique.

If you visit the Palace Museum, inside you can see beautiful Winter garden. In this garden You can see various sculptures that depict members of the dynasty Vorontsov and other sculptures that are designed by famous masters of antiquity. 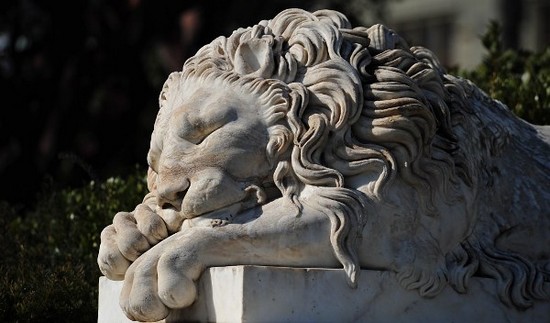 For many years, this Palace belonged to the Vorontsov family, but in the 17th year of the twentieth century the Soviet government decided to make a Museum as it remains to this day. In the early twentieth century, this Museum is often visited by the Soviet people who came to the health resorts of the Crimea for treatment. During the great Patriotic war, a large number of exhibits were removed to the territory of Germany. The damage was enormous. After the war, the Museum became the country of the current officials of the Soviet Union. After Stalin’s death, the Palace made resort. All this had a very negative effect on the internal and external condition of buildings. But today, the decoration of the Palace Museum was as close as possible to the interior, which was in the beginning of the nineteenth century. Palace Museum Vorontsov is valid and takes daily visitors. 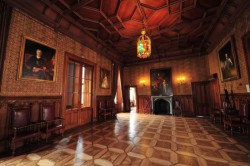 One of the halls of the Vorontsov Museum 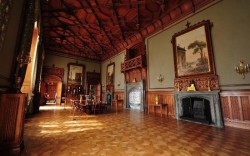