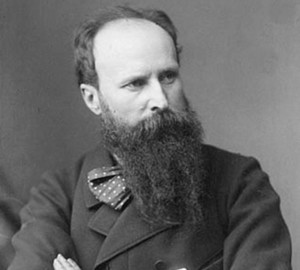 Russia gave the world many talented artists, but the ability to portray battle scenes and realistic to convey the spirit of the battle or its consequences no one can compete with Vasily Vasilyevich Vereshchagin.

He was born in 1842 in Cherepovets in the family of a local leader of the nobility. All children in the family were military, including Basil, who graduated from the naval cadet corps and served for a time as a degree. The love of painting won, and the future artist entered the Academy of arts in St. Petersburg, then spent a year in the Caucasus and still the same amount of time in Paris perfecting his skills under the guidance of French teachers.

In 1867, after many years of study and travels to different cities and countries, the artist was in Central Asia, where at that time there was military action. For his part in the defense of Samarkand, received a high award — the order of St. George of the fourth degree. Life master, not accept awards, wore this medal with great pride.

Two years later, the artist organizes an exhibition of his works written at this time, and then again travels, this time not only in Central Asia but to Siberia and partly in China. At this time he created many paintings that later became famous, including the landmark “the Apotheosis of war”. This canvas is timeless, which with surprising accuracy and a minimal amount of fine tools shows the viewer the essence of war piles of skulls, over which crows are hovering.

In the following years, the artist created many paintings devoted to the theme of war, working and exhibited in Munich and other Western cities. At home, these paintings became the basis for the prosecution of the master in the sympathetic attitude of the enemies and lack of patriotism. It was rumored that the Emperor Alexander II and the heir to the throne expressed extreme displeasure with the content of the paintings, made in a very insulting manner.

The result of this attitude was the destruction of some of the paintings and the failure Vasily to take the title of Professor.

After this situation, the artist left Russia, living in India, Tibet, France. With the outbreak of the Russo-Turkish war, as a true patriot, he joined the army, where he took part in several battles and gets wounded, almost costing him his life. After the war, master is traveling to different countries of the world, creating numerous works of art, including having been in Japan before the outbreak of military conflict.

The outbreak of the Russo-Japanese war again calls it into operation. Return the artist with the war already failed — he died with the flagship of the Russian Navy battleship “Petropavlovsk” in the Port Arthur, leaving behind monumental canvases in the style of realism to genre and battle themes as well as portraits and 12 books, articles and essays. In this war there fell a lot of decent people and great warriors, so it was destined that an artist by birth and soldier by profession was a victim of the war, the true face which he constantly showed people in their works.