What exhibit is the jewel of the Louvre 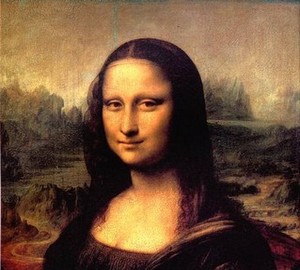 Today the Louvre is about 400 thousand items: paintings, sculptures, ceramics, decorative art, jewelry… To read all, will take weeks, if not months. But there are exhibits that are sure to want to see everyone who comes to the Museum. They are known all over the world and is truly priceless.

Among them is Aphrodite de Milo. In1820, it was found by a Greek peasant in the land on the island of Milos, in the Aegean sea. Therefore the statue is called Milo, but often replace the name Aphrodite Venus, as this goddess was called by the Romans.

As beautiful and the statue of the goddess of victory – Nika Samothrace. She was found without head and hands on another Greek island, Samothrace, and it was established around 190 BC, At the Louvre for her chosen a very good place: visitors climb to Nick the long staircase and more clearly see the folds of her clothes, as if waving in the wind, and proudly spread out behind the wings… 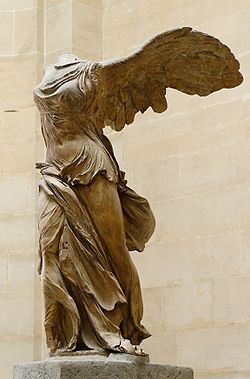 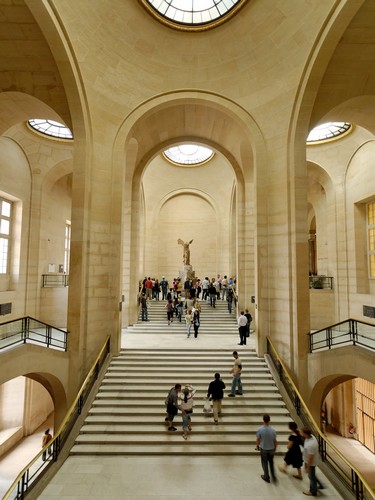 And a great many paintings pearl of the Louvre, of course, considered the portrait of Mona Lisa, a noble Florentine women, the political wife of Francesco di Bartolomeo di Zanobi del Giocondo (hence the second name of the painting — “La Gioconda”), painted by Leonardo da Vinci.

Have this picture of some mysterious, supernatural secret. This “wonderful work, since life itself could not be different,” wrote one of his contemporaries, struck by the skill of Leonardo da Vinci. How he did it – the mystery of a great artist.

And the fate of the painting had an unusual, “Royal”. Its first owner was Francis I. When another king, Louis XIV, built Versailles, “La Gioconda” adorned one of his rooms. In 1800 Napoleon ordered to hang it in his bedroom in the Tuileries Palace…

But in 1804, the painting was exhibited in the Grand gallery of the Museum Napoleon and has since become a permanent exhibit at the Louvre. Saw her during this time, hundreds of millions of people. Sometimes the “Mona Lisa” goes on a long journey in the museums of other countries. She had to visit Moscow, at the Museum of fine arts named after A. S. Pushkin. Muscovites stood for hours in line to see “live” the masterpiece of the great Leonardo.