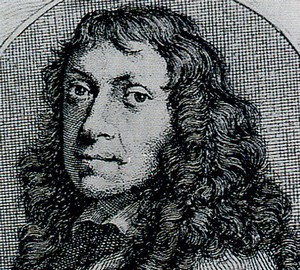 The famous artist Willem Kalf was born in the Dutch city of Rotterdam, in 1619. He was one of the best artists of the fine Dutch still life. His life shone a bright torch of inspiration, lit by the love of people, life, nature. The master was a great scholar and connoisseur. His favorite genre in the painting was a still life, created in a lush, refined style.

Willem Kalf grew up in a large family. His father was a seller of cloth. He was engaged in trading activities and worked in the city Council of Rotterdam. The mother helped her husband in business, and after his death continued the trade, but without much success. In childhood Willem loved to play with their peers, to draw, to enjoy nature. He studied with the famous painters of Holland by Hendrik Pot, and F. Reynals. After the death of his mother, Willem moved to the Hague and then lived and worked in Paris. He gained huge recognition from the public, as its images were painted with a special, creative, artistic magic. He wrote kitchen interiors, poor farmsteads, landscapes, hunting scenes, breakfasts, Lunches and dinners. The artist liked to create still lifes of unusual and original decorating their composition gold, silver, pewter, juicy fruits and wonderful sea shells. The master of a brush attached great importance to setting the table and saw in it the beauty and harmony of the kitchen interior. Many still lifes he painted from nature and were selected for expensive household items.

The artist loved the play of light, passing on the canvas, the kaleidoscope of bright lighting schemes and shades. He admired the paintings of Rembrandt, sought inspiration in the world of high art and earthly nature. Especially he managed to depict interesting faceted cups of wine. There was felt a special aura.

In 1646, the artist returned to his native Holland and lived in Amsterdam. His wife was the poetess Cornelia Pluvia, the daughter of a priest. She wrote poetry and practiced calligraphy. Cornelia was the Muse and faithful assistant in the Affairs of her husband. From their marriage was born four children. Willem loved his family and treated her with touching concern. The master was engaged in charity work, helping poor people and to know need friends. With him was warm, cozy and safe.

Creative working period in Amsterdam was relaxing and interesting. The artist began to include in still lifes of exotic Oriental vases, shells, tropical fruits. They were brought on his order from America. Since 1663, Willem Kalf was engaged in the trade of art and was in this area a great expert.

In 74 years with him was an accident. Returning home from the guests, the artist inadvertently fell and was injured. His body was very weak, and he was unable to rise after a long illness. Willem Kalf died July 31, 1693, leaving behind a huge artistic legacy. His creation is unmatched and brilliant works of art known around the world.