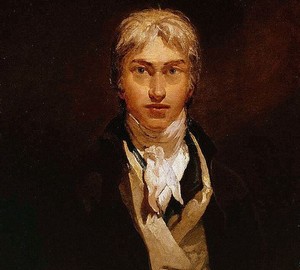 To be an innovator in the most conservative country of Europe very difficult. It requires courage and self-righteousness. Especially difficult is to pave new ways in the visual arts. William Turner did it…

On 23 April 1775 in the family of a London Barber, Turner was born the son of William. The boy was not happy, blame the mental illness of the mother. According to the character of William was taciturn, even sullen. Closest person to him was only the father who is the soul in the son was everything to her and actively supported him in all creative endeavors.

Turner’s Barber shop was located in the heart of London, a quarter of Covent garden. From childhood William loved drawing and every opportunity used to run on the Bank of the Thames and to do what you love. The father of the young artist was chosen from the works of the son of the best of watercolor framed and hung on the walls of his establishment. Clients often turned to the owner of the Barber shop with a request to sell some of the works that Turner’s father did, praising the son that replenishes the family budget.

Among Turner’s clients were professional artists who are genuinely interested in the work of young talents. It is the recommendation of famous painters the son of a Barber, William Turner was accepted into the Royal Academy when he was 14 years old, and his teacher was the great Reynolds .

Only a year passed, and one of Turner’s watercolors was included in the exhibition the annual exhibition of the Academy. In the history of the stiff and so dependent on various traditions of England not used to such a large exhibition was attended by 15-year-old artist…

The popularity of the young artist grew rapidly. His style, formed under the influence of French masters of romanticism, like the British. Very soon, Turner became financially independent from his father and moved to prestigious area of the city.
In 1802, 27-year-old artist became the youngest academician in the history of England. Now he could exhibit their work without prior approval from the Commission, was creatively completely free.

Turner was a master of multifaceted and thorough. To learn more precisely to convey on canvas the movement of water and air, it is seriously studying the laws of physics, attending lectures in the natural Sciences. Gradually, his works become more and more revolutionary and go against the fashion.

Thanks to the support of patrons, Turner goes to the Continent to improve skills. On this trip the master brings a series of paintings that are considered masterpieces of his work. Criticism of breathless enthusiasm. One of the theoreticians even compare him with Rembrandt, which is the highest compliment for an artist.

Turner in his work seeks to convey the poetry and variability of nature, gradually ceasing to pay attention to details as well as choosing a more contrasting combination of colors. Such freedom and emotion less like the public, accustomed to photographic accuracy, painters, sentimental sweets and faded works of “harmonious” colors. The more abstract became the wizard, the critical regarded the society of his new work. All over the fact, that the public began to consider the master is not quite mentally healthy.

Queen Victoria rejected the artistic community for the gift of the son of Barber and knight’s title. The artist increasingly withdrawn and often lost in the small apartment she had bought for one of my women.

19 Dec 1851, the painter died at the hands of their doctor. For a long time his later work was the forgotten and undervalued.

Only the beginning of the 20th century, it became clear that impressionism has its roots not in the creativity of artists “Barbizon school”, and in the work of the English painter William Turner, the son of a London Barber.