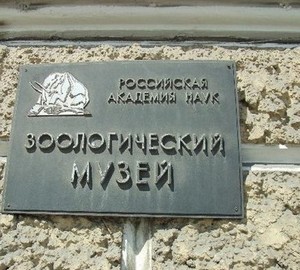 In the heart of St. Petersburg on the University embankment, immediately behind the Palace bridge, is one of the largest and most visited museums in the city on the Neva — Zoological. And not coincidentally, located near the Kunstkamera, the progenitor of the Museum. On the basis of its collections, in 1982 and was founded by the Museum of the Zoological Institute of the Russian Academy of Sciences.

The history of this store truly unique values of the animal world began in 1684, when Peter the great brought from Holland of the collection of ancient dried fish and mammals.

After separation of the Museum directly from the Kunstkamera, he became constantly updated collections, acquired through purchase or exchange with similar institutions in Europe, in particular France and Italy, and obtained in the course of expeditions to the far East and Eastern Siberia of Russia and the Aral sea.

Thus, in the mid-nineteenth century, the collection of exhibits of the St.-Petersburg Zoological Museum surpassed in many respects the collection of thematic foreign museums and, in 1901, he was finally open to visitors.

During the great Patriotic war, the Museum was evacuated, but remained in its place. The building was repeatedly bombed, but fortunately, the exhibits in it were not injured.

In the postwar years, collection storage continued to grow mainly due to the trophy displays, and exhibits, donated to the Museum by the countries-allies of Russia, took part in world war II.

The Zoological Museum in our days

Today the Zoological Museum is not only a favorite place of leisure for Petersburgers, but also a historically significant monument of architecture, combining the centuries-old works of zoologists, freight forwarders and researchers of wildlife. 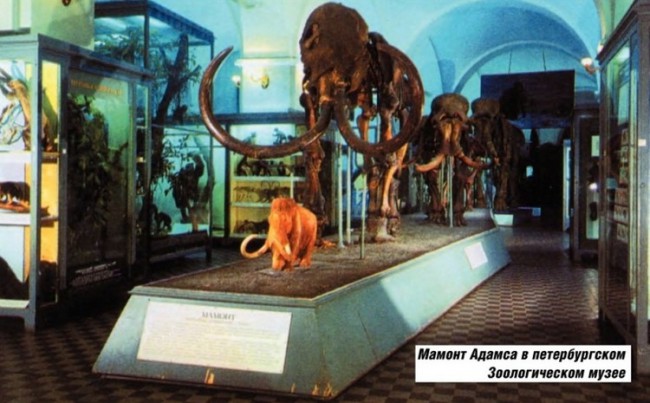 A mammoth and a baby mammoth
The Museum welcomes its guests in the famous “Redwood” room. The skeleton of a giant mammal, in size exceeding the five-storey house, located in the centre of the room, unwittingly attracting the attention of visitors. Then you can see the mummy of a mammoth, found during excavations in Siberia. 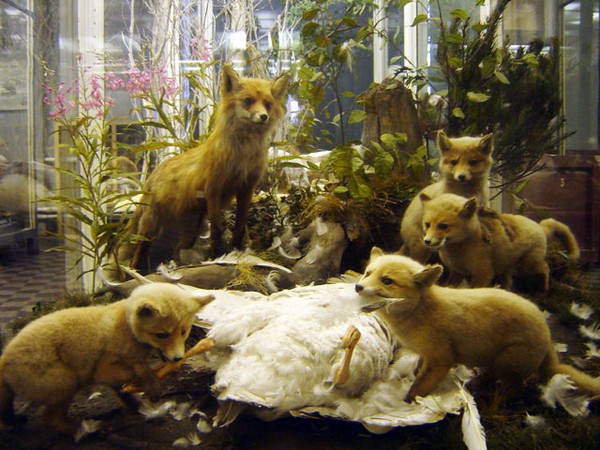 The tour continues in the spacious halls of the Museum, left side of which contains mainly alcohol preserved specimens unicellular invertebrates, molluscs, reptiles, and ancient fish. The right side of the exhibition shows wildlife in their natural habitat. Animals are represented in the form of stuffed animals, made so naturally that sometimes it seems that they here-here will start to move and will be able to get out of the glass Windows, limiting their movement. This pack of wolves tearing of captured deer, and the Fox guarding the hole with their newborn cubs, and a couple of deer gathering in the autumn woods, moss. 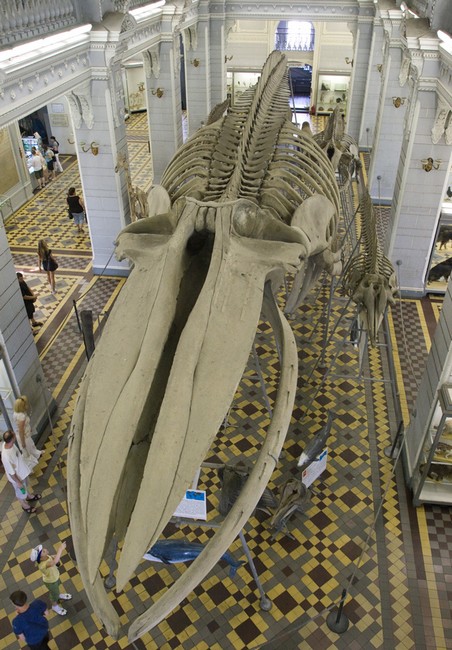 On the second floor of the Museum presents collections of dried insects. Here you can see a variety of exhibits, ranging from a few species of mosquitoes that live in Central Russia, to the most exotic species of tropical butterflies. For a small additional fee you can visit the zoo of live insects will not leave anyone indifferent stick insects, which are quite difficult to consider among the brushwood, thrown in the cage, and giant cockroaches, which ten times exceed the size of our familiar insects, will long haunt the visitors after leaving the Museum.

Leaving the exhibition, the visitors of the Zoological Museum has the opportunity to purchase Souvenirs in the form of animals, insects, fish, to take home a little piece of history, which began from the time of Peter, and happily survive to this day, continues to delight children and adults.

The author of this article, our constant reader Marina Voronina.